You say Potato, I say Poutine 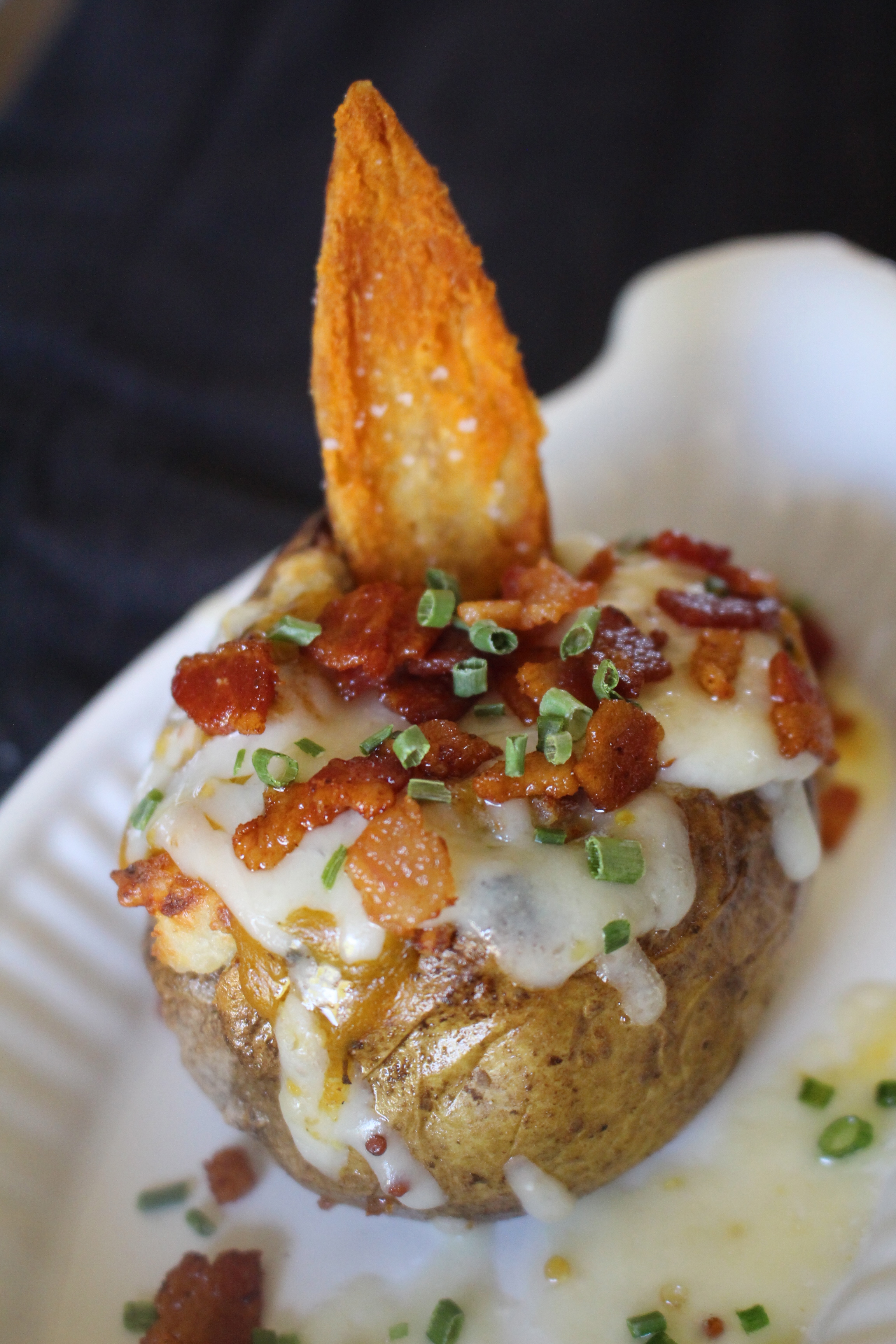 One of the best things about writing about food is that there is always something new to learn about. There are trends with certain foods like quinoa, bacon and kale. (Bacon is not a trend to me because I’ve been all over it for years!) I’ve seen how the definition of healthy eating can range from no fat to no carbs to no wheat. I’ve even seen how they have changed plate sizes from bigger is better to little micro small plates. It is all fascinating.

So when I do go into a restaurant, my goal is to learn something new. I want to try something I’ve never heard of or at least never have tried so I can then steal the concept and try it at home.

I was meeting some friends for dinner one night and I got to the restaurant early. (I am ALWAYS 15-20 minutes early for some reason.) My waiter asked if I would like to order an appetizer while I waited.   I was hungry and knowing my friends they would be 15-20 minutes late so I had a bit of a wait on my hands. (You know who you are and you are worth the wait.)

The waiter looked at me, gave me a wink and said “Poutine?” (Okay, maybe he didn’t wink but in my mind all young men wink at me.) Poutine?????? Wait; did he just call me a dirty name? I don’t know this word. My sister used to call lady bits a “pooty” so did he just call me a version of pooty? (There goes his tip!)

I could be wrong.  Maybe this is one of those restaurants that serves everything on the animal from nose to tail to pooty? I’ve eaten brains, livers and hearts. I’ve been offered everything from eyeballs to other “balls” but I’ve declined those. So I thought I’d play it safe and say no.

“I’m sorry, young waiter boy. I just can’t put something like that in my mouth.” He looked at me with a smile, winked again and said “No worries.” (Good thing he winked because I really can’t stand the phrase no worries.)

He then continued on to say you are probably the first woman I’ve ever met who doesn’t eat potatoes. When did potatoes enter this conversation? He then explained that a poutine is a pub dish popular in Canada that is essentially French fries smothered in gravy and topped with cheese curds.   Oh, color me red….I was way off on this one….except for the winking. (Apparently the kid has some eye issue that had nothing to do with how adorable I am. His tip just went back up.)

I ordered it and it arrived at the table at the same time as my pals. (Funny how that always works).   The poutine was really a guilty pleasure kind of dish but a little too heavy (read as greasy) for my tastes.

My mind started to wander conveniently just as my friend started talking about her kid’s sports schedules. (I get lost during children’s organized sports and usually zone out.) How could I make this dish but not make French fries? I apparently mumbled out loud “I can do it” because my friends all nodded and patted me on the back. (Crud, what did I just agree to?  Am I now a soccer aunt?  I need to work on my listening skills!)

Luckily the folks at Food and Wine must have had the same feeling so they posted a recipe that was a good outline for me to get started.  I didn’t follow it exactly (surprise) but I did want to give them credit for helping me learn something new….like the winking waiter.

In a heavy bottom pan, cook up your bacon. Do it in batches so it cooks evenly and renders the fat nicely. Drain and set aside. Do what you will with the all the drippings (like save them for other recipes) but use one tablespoon for you gravy.

In the same pan, add the drippings and melt the butter. Add the flour over medium heat, whisking until it starts to get a nice brown color. Slowly add the broth, whisking so it doesn’t get lumpy. It will thicken. Taste. Season to taste. If you want to brighten it up, add a little lemon juice. Add the cream and keep warm.

For the potatoes, cut a strip out of the top and reserve these. (If you have seen Silence of the Lambs, think of it like you are cutting out a pattern but not as creepy.) Scoop out the potato innards and using a potato ricer, rice this flesh into a bowl. (This recipe just got scary.)

Add the butter pats as you rice so the butter gets well incorporated. Add in warm milk until it reaches the desired consistency. Don’t get over enthusiastic with the milk because remember you are still going to add sour cream!

Set oven to 450. Set empty potato shells in oven for about 5 minutes. It will just make the skins a little crispy and they will hold up better when you fill them.

After the 5 minutes, remove from oven.   Divide evenly between each potato.   Bake for about 20 minutes.

Optional step: While the potatoes are cooking….you can take those reserved strips and fry them up. It makes a cute presentation….and tastes good. Your call.

Ding.   Pull potatoes out of the oven and make a little well in each potato. Add some gravy, top with cheese and put them back in the oven. Bake until cheese until cheese is all bubbly and melty.

Sprinkle with bacon and green onions or chives and serve while hot! 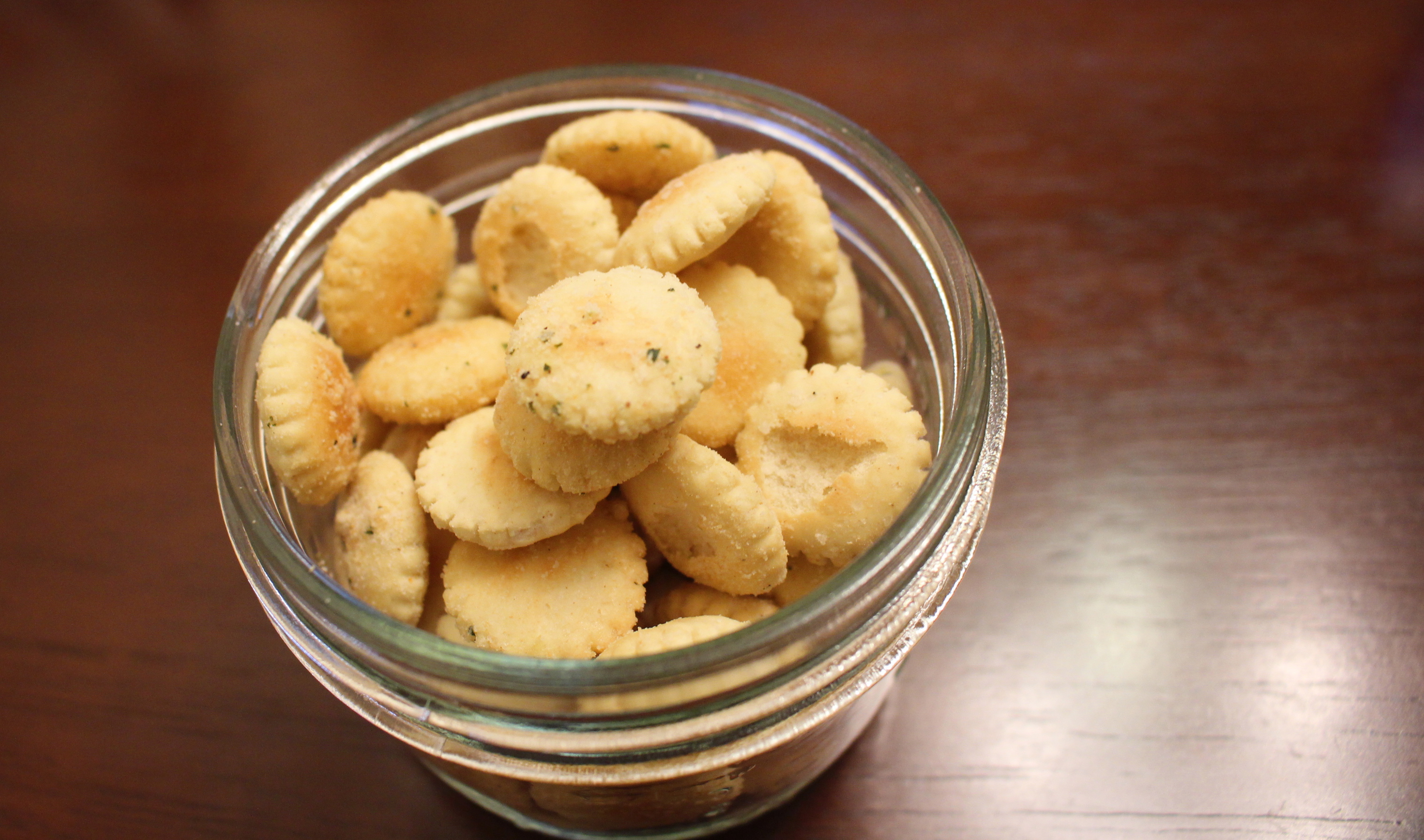 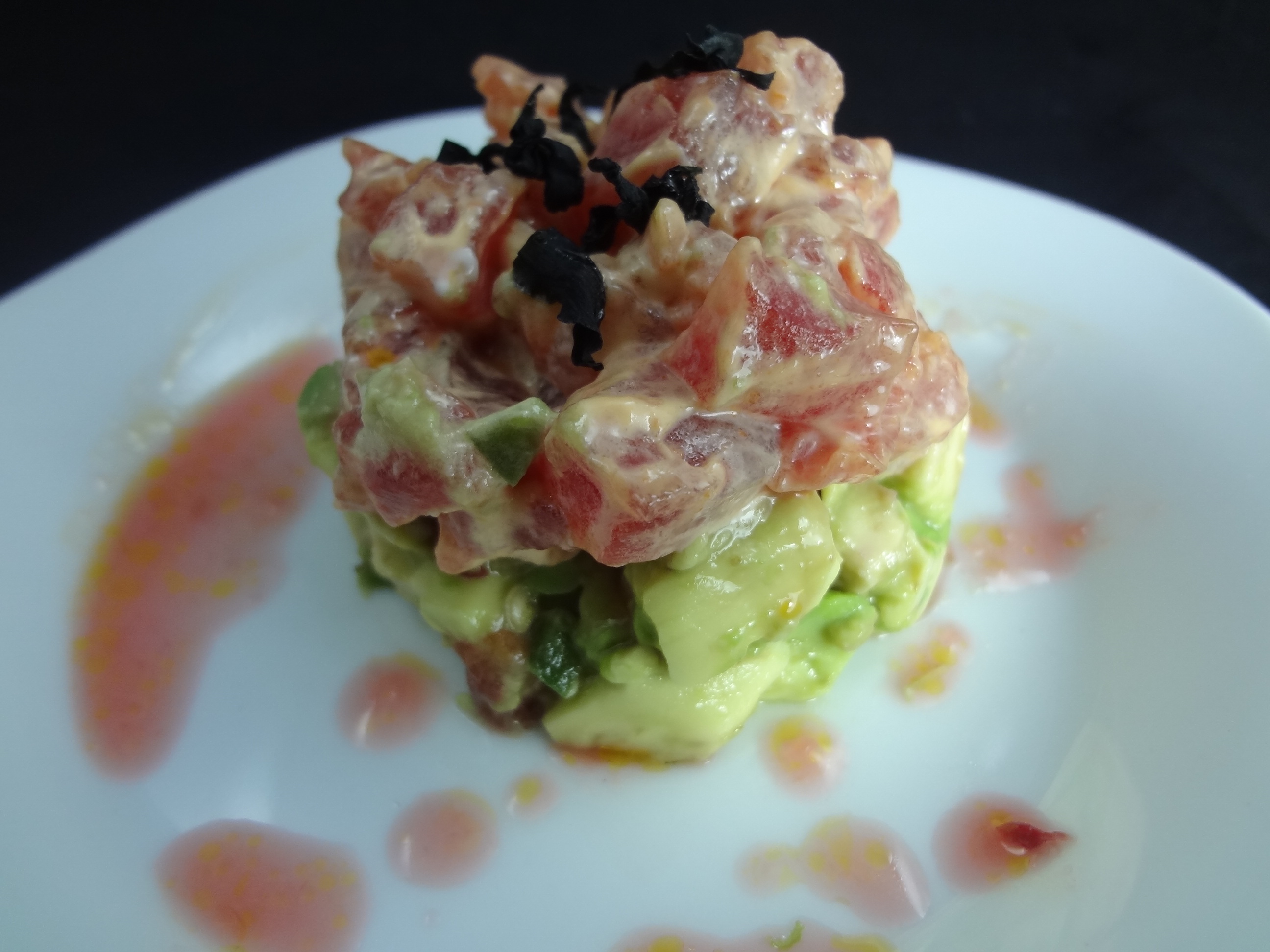 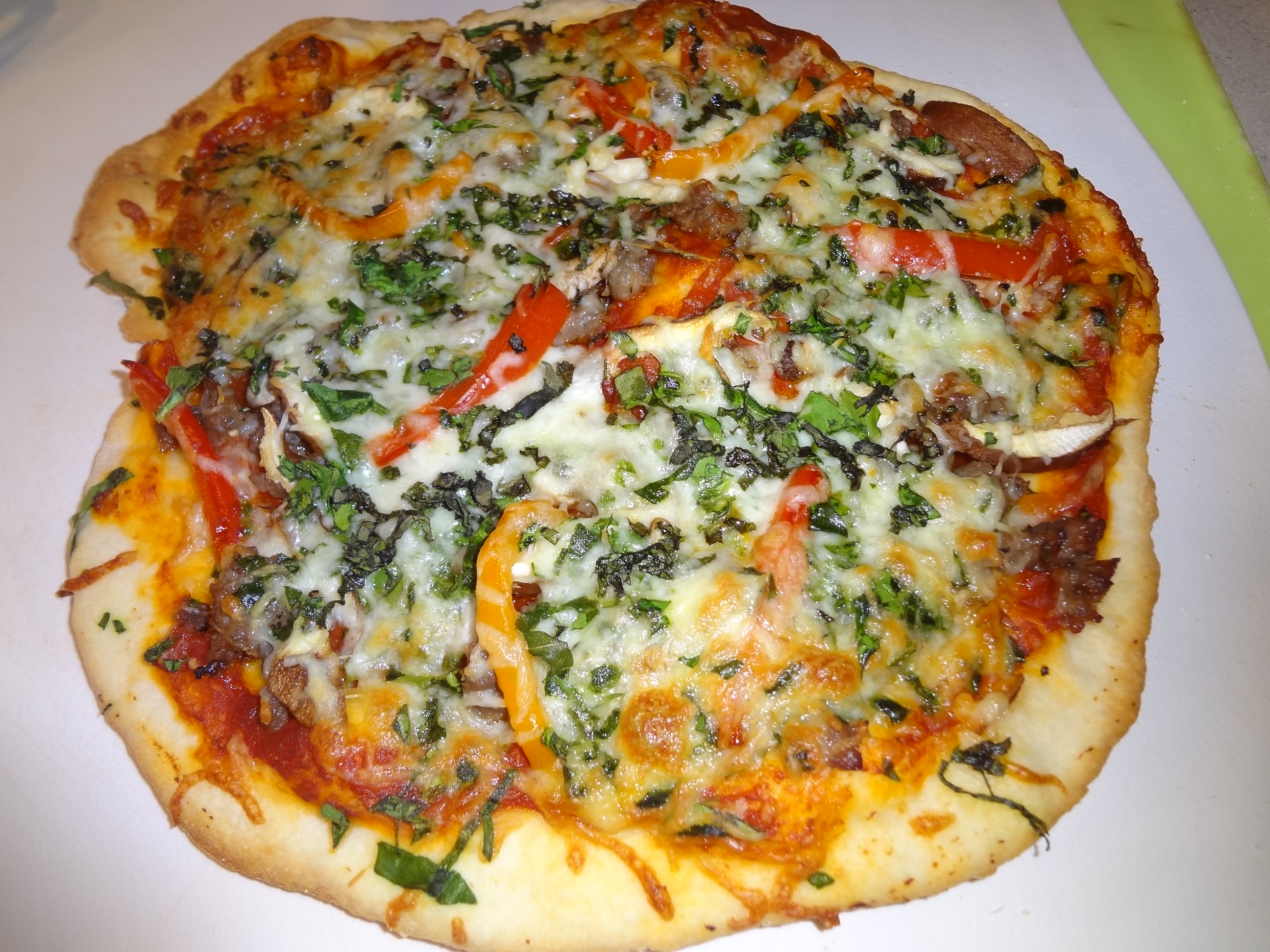