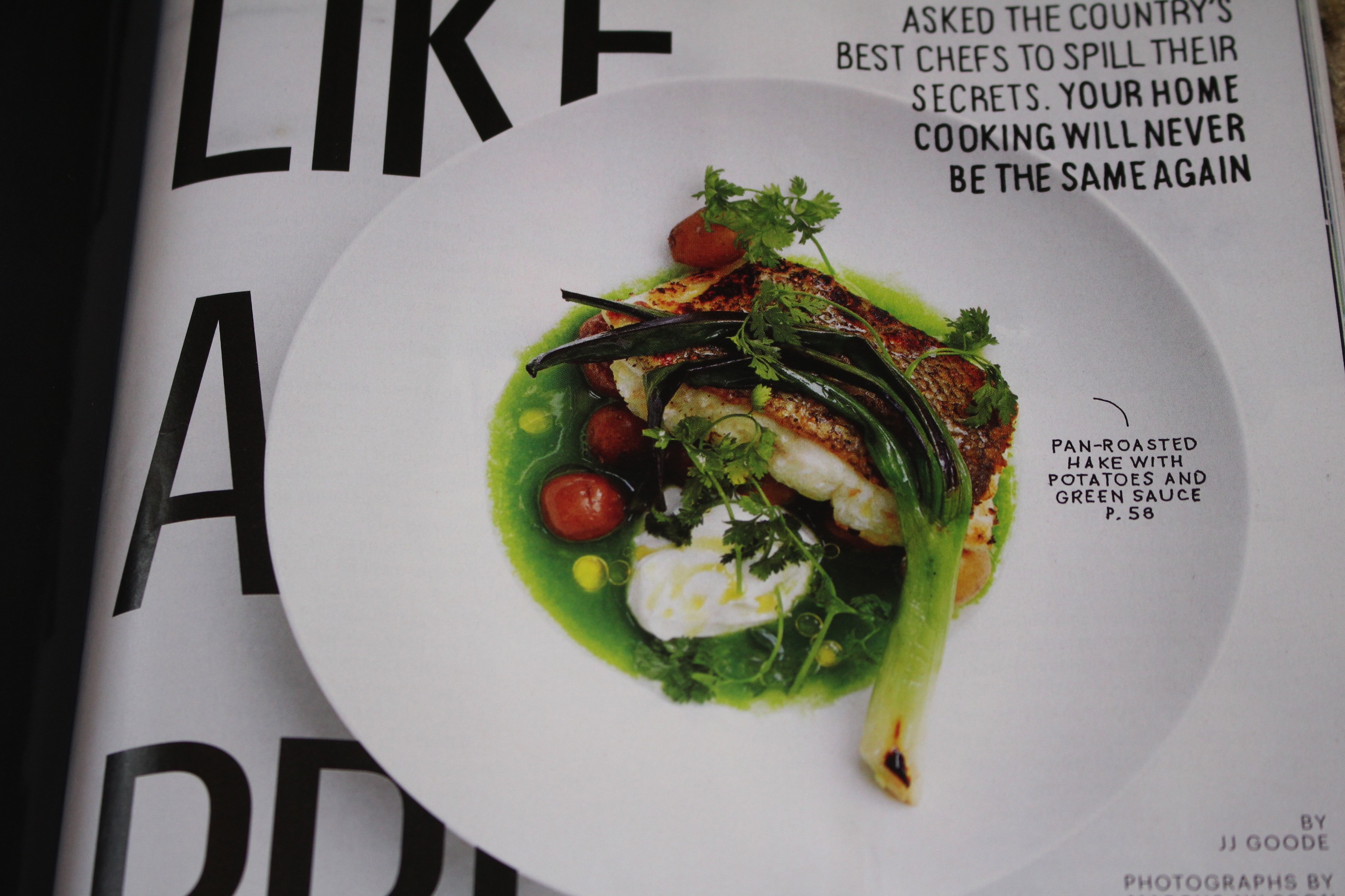 Eeeeek!!! Another month has flown by and I ALMOST didn’t keep my resolution to cook every cover this year of Bon Appétit. I will admit I was lulled into a false sense of security when I first looked at April’s cover.

The theme of this issue was “Cook like a pro…How to Make Amazing Restaurant Food at Home.” 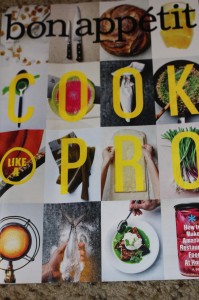 I was thrilled because I thought I was just going to get to recreate the fun scrapbook look of this cover. (You know I love any excuse to break out a glue stick.) I had it all set in my head that I was going to do a really cool collage or some sort of decoupage. Maybe I could even do some chef portraits in stick figures. (Unfortunately, my artistic skills probably couldn’t even manage that feat.)

But alas, I was wrong. I opened up the magazine and saw the actual picture (and recipe) I was expected to cook. Curses. (I actually did curse. And not just a little bit, I pulled out the big bomb.)

How was I going to cook this one? The recipe was based on a discussion on how the best sauces are as easy as juicing. (I do not have a juicer so I thought my resolution was sunk.)

I took a deep breath and told myself that I was going to make this happen….except I didn’t.

I take that back. I made part of it happen. I made the sauce WITHOUT a juicer. I took the list of ingredients (a couple of celery stalks, cilantro, leeks and white wine vinegar) for the green sauce and added them all to my food processor and let it twirl until it was dizzy. I then took out my chinois and let it drip.

Hmmm, this was working. I did use the back of a spoon to help mash out the juices. I was able to produce a vibrant, green sauce!!! 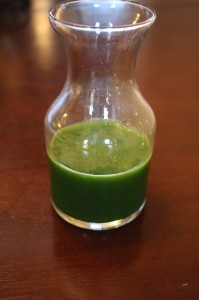 But what I embarrassingly screwed up on was my fish. Part of the other challenge was the protein. SKIN ON Hake or Cod! Not really a hard thing to find in my area….if I wanted it in battered, frozen with a rugged fisherman on the box.

(This is where I start making excuses.)

I could have used a different fish but I didn’t…I used cod….that didn’t have skin….and was still partially frozen. I KNEW from my last cooking class on the Maillard Reaction there was no way that I could brown this fish with it being so wet. But honestly, I did this project it was Easter and I thought maybe a miracle was going to occur in my pan. (It didn’t.)

Now, I will say that all of the components together still gave me a good dinner. It was an execution problem on my behalf that was the issue. (I in no way am holding BA responsible.) 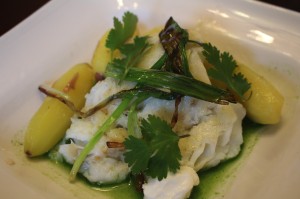 I was hoping to try the entire recipe again BEFORE I wrote this post but that just didn’t happen. But the good news is I did learn some things from destroying this recipe.

First, I can make a juice without a juicer. It is vibrant and tasty. Next, the scallions that I cooked the pan were DELICOUS and very easy to make. And finally, the dollop of Greek yogurt tasted so nice against the green sauce.

So I killed April’s Cook the Cover….not in a good way. But my glass is half full because I learn from my mistakes. (Yep, we’ll go with that!) 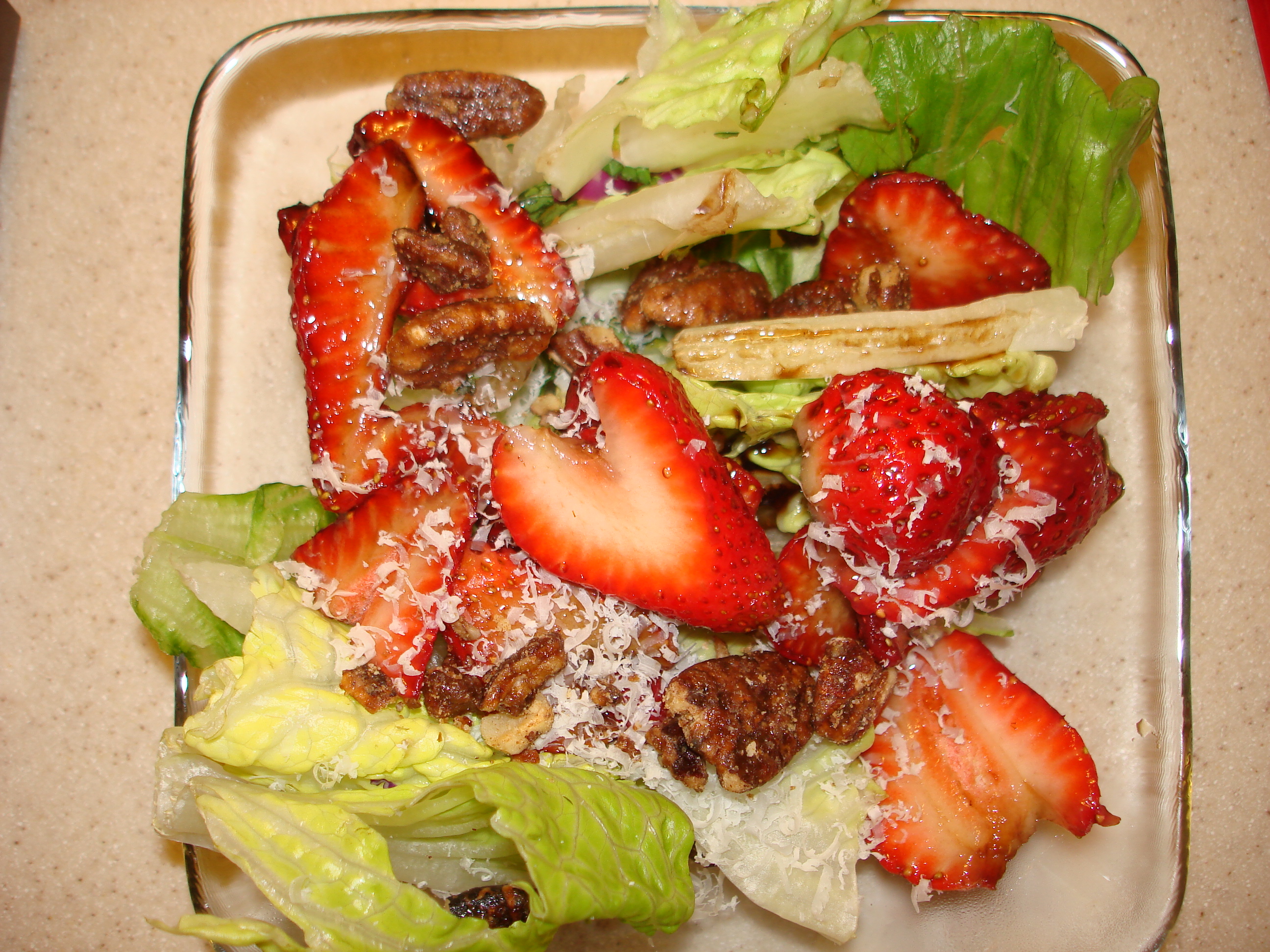 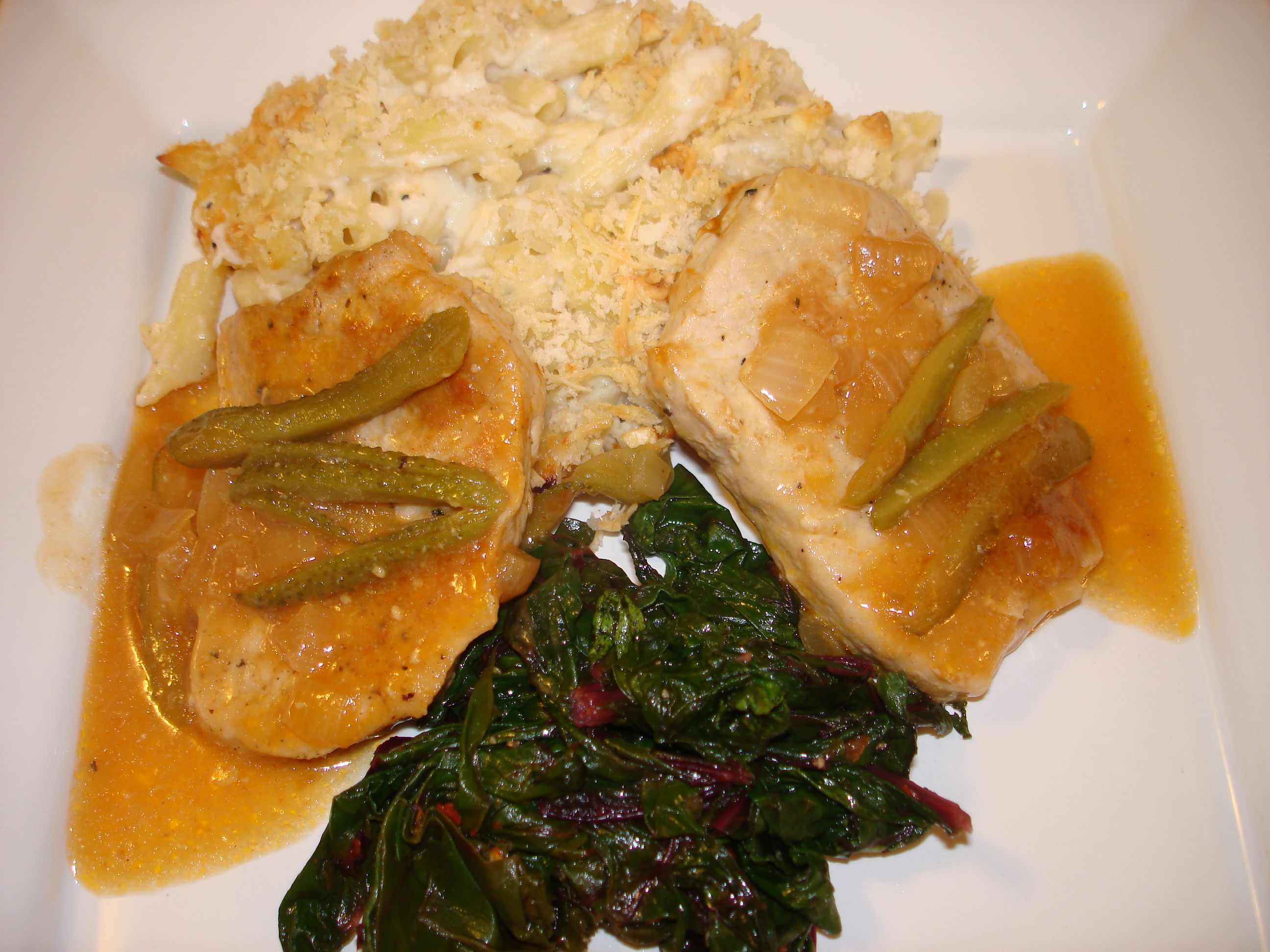 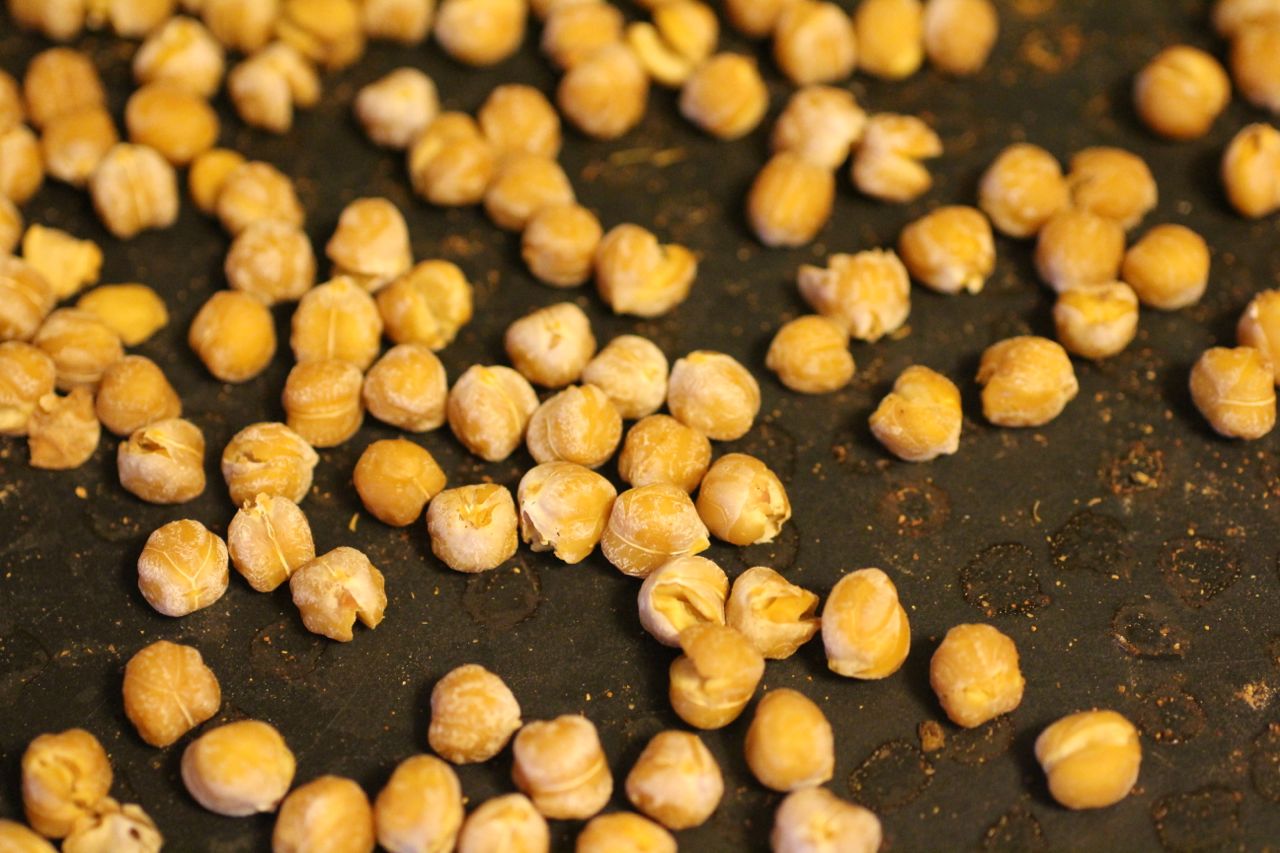